Memorial Day in Hastings is remembered with a parade that stops at Tyden Park at the Soldiers Monument and memorials for each branch of the service before continuing to Riverside Cemetery. 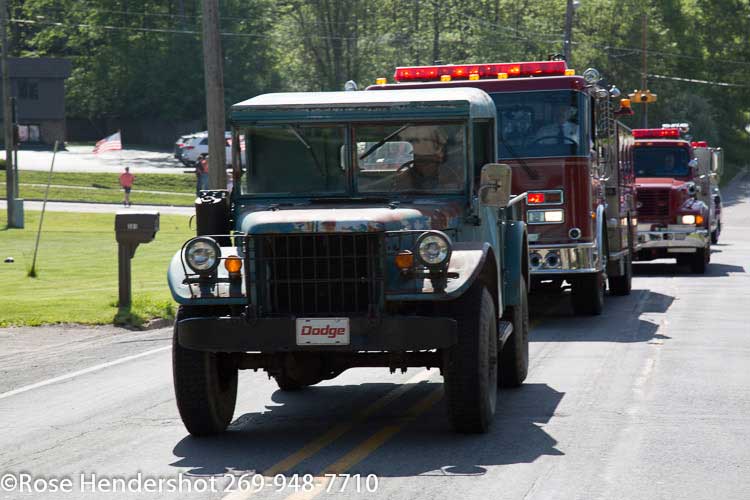 The parade starts in downtown Hastings with it’s first stop at Tyden Park.  At the base of the Soldiers Monument, a wreath is placed in memory of the Civil War veterans from Barry County.  A 21 gun salute is given after a short address from Dr. Jim Atkinson.

The Hastings High School Band plays in the parade and has 2 buglers who do an echo with taps.  Very nice addition to the ceremonies.

A wreath is dropped from the Broadway Bridge into Thornapple River to remember the veterans who served on and under the waters.  Another 21 gun salute is given here.

This year a 102 year-old veteran joined the rest of the military members for the parade.

Then the parade goes on to Riverside Cemetery where two more 21 gun salutes were given.  The second one here is for the most recent veterans’ grave.

This site uses Akismet to reduce spam. Learn how your comment data is processed.